A problem seems to occur on Engine version 4.26, where the Editor may crash when changing an Object Class member variable in a Ã¢â‚¬Ëœmake structÃ¢â‚¬â„¢ node using the built-in dropdown menu. In the case of the Grapple Component, this might occur when adding a Make Struct_GC_SequenceCameraData node and trying to set the Sequence Camera actor Class in there. The same issue may occur when setting the Scene Collision Actor Class in a Make Struct_GC_RepositionData_Global node. 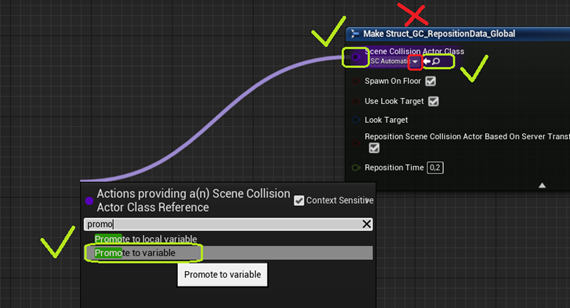