Functioning of the Object Converter Blueprint

Notable functions and variables on ObjectConversion_StoredData are the following.

The Object Converter Blueprint is used by the Grapple Component to convert one animation asset (Montage, Anim Sequence or Blendspace) to another, based on the relevant Skeleton.

This is done by using the original assets from the Animation Data as Input Objects, and the name of the Skeleton asset on the targeted Character as the Modifier. The Grapple Component then uses an Object Conversion Blueprint defined by the user, where all relevant animation assets are mapped to their counterparts on different Skeletons. In the Sample Content, this Object Converter Blueprint is AnimationRemappingData. For a practical explanation on how to apply this functionality in your own project, see the section on adapting animation assets based on the target Skeleton.

The sample content contains one Grapple Sequence that has been set up to be played on Skeletal Meshes using UE4_Mannequin_Skeleton as well as TutorialTPP_Skeleton. To this end, Animation Montages a_grapple_spinningkick_00_Montage and a_grapple_spinningkick_01_Montage were retargeted to another Skeleton. Object Conversion Blueprint AnimationRemappingData was set up to convert the relevant Animation Montages to their counterparts on the other Skeleton. A visual explanation of this system is provided on the next page. 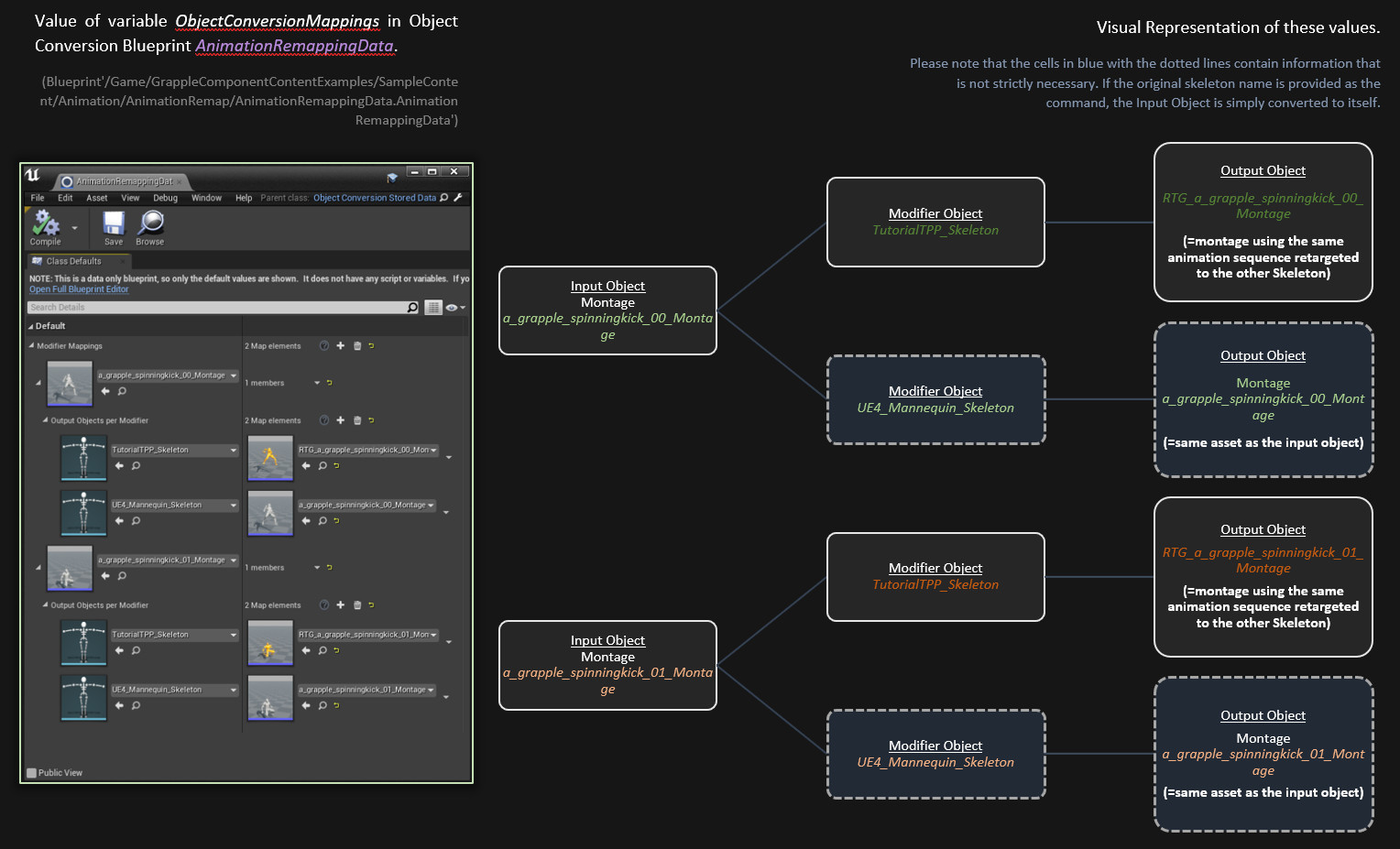